Enzo Zelocchi is a force of nature, driven by an unquenchable ambition and a burning passion for success. His multi-talented abilities have earned him a respected name in multiple industries and artistic genres. His drive to leave his mark on every project is gaining widespread notoriety and reverence from media networks and fans alike. Now, Zelocchi is setting his sights even higher as the founder and CEO of A-Medicare, a revolutionary solution that he believes will revolutionize the future of healthcare.

The Many Talents of Enzo

Actor, producer, influencer, entrepreneur, and philanthropist—Enzo Zelocchi has done it all. From starring in films to producing them, from writing screenplays to directing, Zelocchi is as multi-faceted as he is successful, with amazing achievements during his career. Over the years, Zelocchi captured attention for his seemingly endless work wearing multiple hats in the entertainment industry. Wearing different masks that seem to fit him seamlessly, Zelocchi combines his business sense and role as an artist to captivate the interest of Hollywood.

He has starred in several different films, each featuring Zelocchi in a different role. His most beloved performance, as the angel Gabriel in the 2016 film Deliverance, garnered much critical acclaim and was considered for several awards worldwide.

Zelocchi is known for his writing, director, and producer talents. He uses these talents to create cinematic masterpieces in his film career, ranging from films to television shows, all the way to upcoming blockbuster films like The Source, which amassed over a million views on YouTube within the first month of its release. His 7 million followers enjoy videos and pictures of him and support everything he works on through social media posts. They love him for his inspirational anecdotes and unparalleled work ethic.

Enzo Zelocchi had an entrepreneurial spirit that consumed him daily as a little boy. He chased down one opportunity after another, hoping to land on something that truly spoke to him. Over time he grew in this spirit and learned the importance of balance. He is no less committed to his art now than he was then, but he is more dedicated than ever to all that it can offer.

To him, art is not simply a word. It is a way of living, a way of thinking, and a way of expressing himself. Zelocchi understands that as a successful artist, he must always learn, grow, and expand his world. His focus on blending art and business allows him to explore new stories, learn more about the world, and embrace humanity for all of its beautiful complexities. In the end, Enzo Zelocchi believes that, like so many other things in life, there is no explanation for things: There is just the doing of them.

Next Steps for Enzo: Founding A-Medicare

Enzo Zelocchi always wanted to help people, and A-Medicare was the next step in that journey.

The transition to healthcare was a drastic shift for Zelocchi that he never saw coming. But, it was a move sparked by his project “My Little Princess”. This project stirred something deep within Zelocchi and ignited a fire of anger as he became aware of the unfairness of the healthcare system in the United States and how little support was available for those in need. At that moment, Zelocchi decided it was time to take action and make a difference. He made a clear plan and worked to bring it to life.

For Enzo Zelocchi, the U.S. is just the start. He believes A-Medicare can help people worldwide by providing affordable medical care. Zelocchi is taking his talents in a tangible direction with a new focus on A- Medicare. Committed to changing the world, he is determined to seize new daily opportunities.

Enzo Zelocchi is the Founder of A-Medicare structured to become Amazon for healthcare worldwide:

A Complete Guide to Renters Insurance

If you are one of the millions of American renters, then you know how important it is to have the...

Global Warming vs. Climate Change: What Are the Differences?

Did you know that around one-third of all mammals are already threatened due to climate change? Climate change and global warming often... 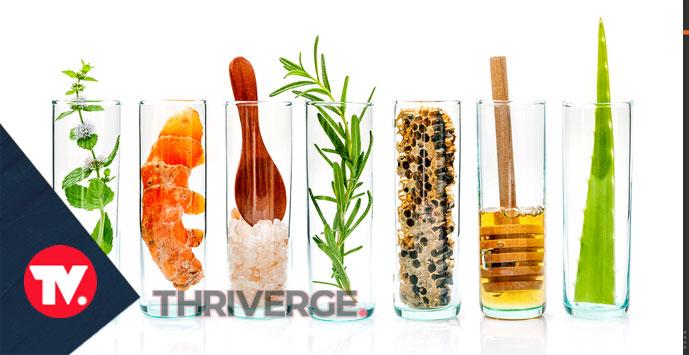 Images of verdant landscapes and terms like "nontoxic" feature prominently in the marketing of various products nowadays. And a sizable...